Absorption of alcohol into a person’s body occurs through a process known as diffusion. Alcohol need not be digested by the body. Alcohol undergoes no chemical change in the body; rather, it is gradually absorbed into the blood, while it passes through the body’s digestive system. The quantity of alcohol present in the blood can then be measured. That measurement is usually expressed as a percentage by weight of a given volume of blood. Most commonly, the percentage is expressed as weight per unit volume or grams per 100 milliliters. Therefore, if a test of 100 millimeters of blood yields 10 grams of alcohol, the blood alcohol content is 0.10%.The rate of absorption depends on numerous factors, including the amount of food the person has in his stomach. See Defending Drinking Drivers, John A. Taratino, Second Edition, Volume 1, Chanpter 2 Chemical Evidence.

Breath analysis is by far the most commonly used method of testing for blood alcohol in DUI cases. While not as accurate or reliable as blood tests, it has generally been regarded as acceptably accurate for use in DUI investigations, if administered correctly. This regard is beginning to erode, however. An example of this is the comment of Dr. Michael Hiastala, Professor of Physiology, Biophysics and Medicine at the University of Washington: 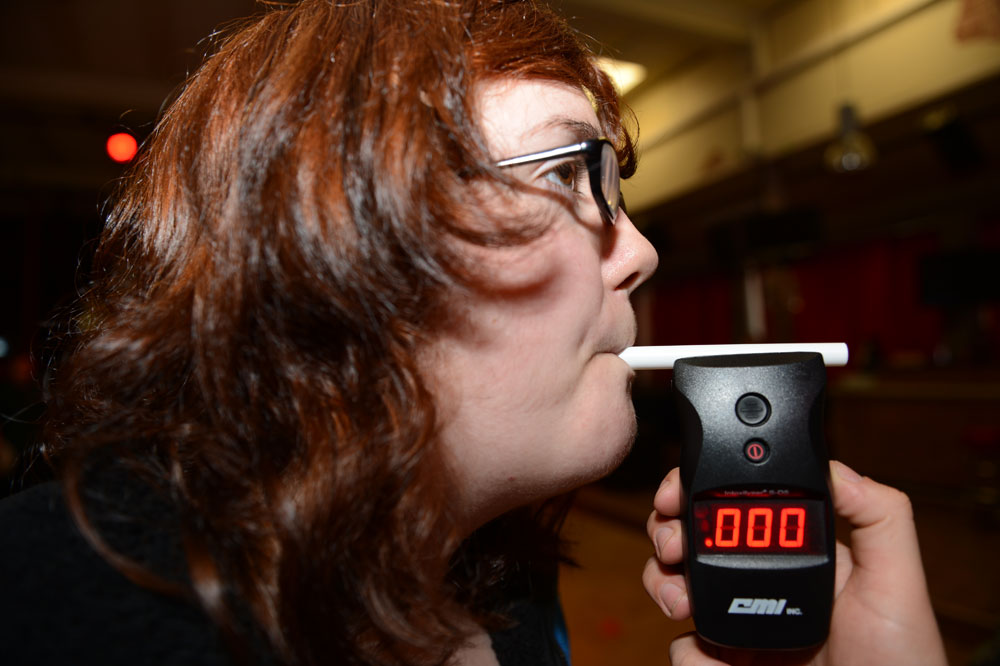 Breath testing, as currently used, is a very inaccurate method for measuring BAC. Even if the breath testing instrument is working perfectly, physiological variables prevent any reasonable accuracy... Breath testing for alcohol using a single test method should not be used for scientific, medical or legal purposes where accuracy is important. [Hlastala, Physiological Ervrors Associated with Alcohol Breath Testing, 9(6) The Champion 19 (1985).]

A number of scientists who have conducted studies of breath-alcohol analysis have concurred with Dr. Hiastala in concluding that breathalyzer accuracy is inherently unreliable. Thus, for example, a recent study determined that breath readings vary at least 15 percent from actual blood alcohol levels. (Simpson, Accuracy and Precision of Breath-Alcohol Measurements for a Random Subject in the Postabsorptive State, 33(2) Clinical Chemistry 261 (1987)). Furthermore, at least 23 percent of all individuals tested will have breath results in excess of true blood-alcohol levels. The author concluded that, "[g]iven the choice, it would seem that if a conclusion is to be made about the BAC of a random subject, especially when the conclusion can have serious consequences, it would be far preferable to make it on the basis of a direct [blood] measurement..."

In another study, conducted by members of the toxicology section of the Wisconsin State Laboratory of Hygiene, only 33 percent of the breath test results correlated with corresponding blood tests. Reported in 32(4) Journal of Forensic Sciences 1235 (1987), the study involved a survey of 404 actual drunk driving cases in Wisconsin in which DUI defendants had been tested on a Breathalyzer (either the Model 900 or 900A) as well as by blood analysis. The two tests were considered to correlate when there was a difference of .01 percent or less. One interesting aspect of the study was that in 11 of the DUI cases, the defendant was shown to be intoxicated using one of the tests but not intoxicated when using the other. At least one court has even reversed DUI convictions on the grounds that breathalyzer accuracy is inherently unreliable. In State v. McGinley, 550 A.2d 1305 (NJ. Super. 1988), the New Jersey Superior Court, Law Division, considered the consolidated appeals of four DUI defendants whose convictions involved Breathalyzer tests. Although noting that the New Jersey Supreme Court had essentially taken judicial notice that the Breathalyzer models "900 and 900A are scientifically reliable," the court nevertheless felt free to consider new scientific evidence not previously available - evidence based in large part on the work of Dr. Kurt Dubowski:

The scientific evidence upon which the defendants rely shows the following: (1) The breathalyzer is designed to test persons having a 2100/1 blood-breath ratio. Such ratios in fact vary from 1100/ 1 to 3200/i and the variance can produce erroneous test results. High readings are produced in 14% of the population. (2) The temperature of the machine itself varies, affecting test results. (3) Body temperatures vary, affecting test results. (4) Hematocrit (the solid particles in whole blood) levels vary, particularly between males and females, affecting test results. These sources of error make breathalyzer test results suspect and, to insure reliability, require the substantial reduction of blood-alcohol percentages based on a translation of those results. The leading expert in the field, recognized as such by both State and defense, is of the opinion that the reduction should be .055. [550 A.2d at 1306.] 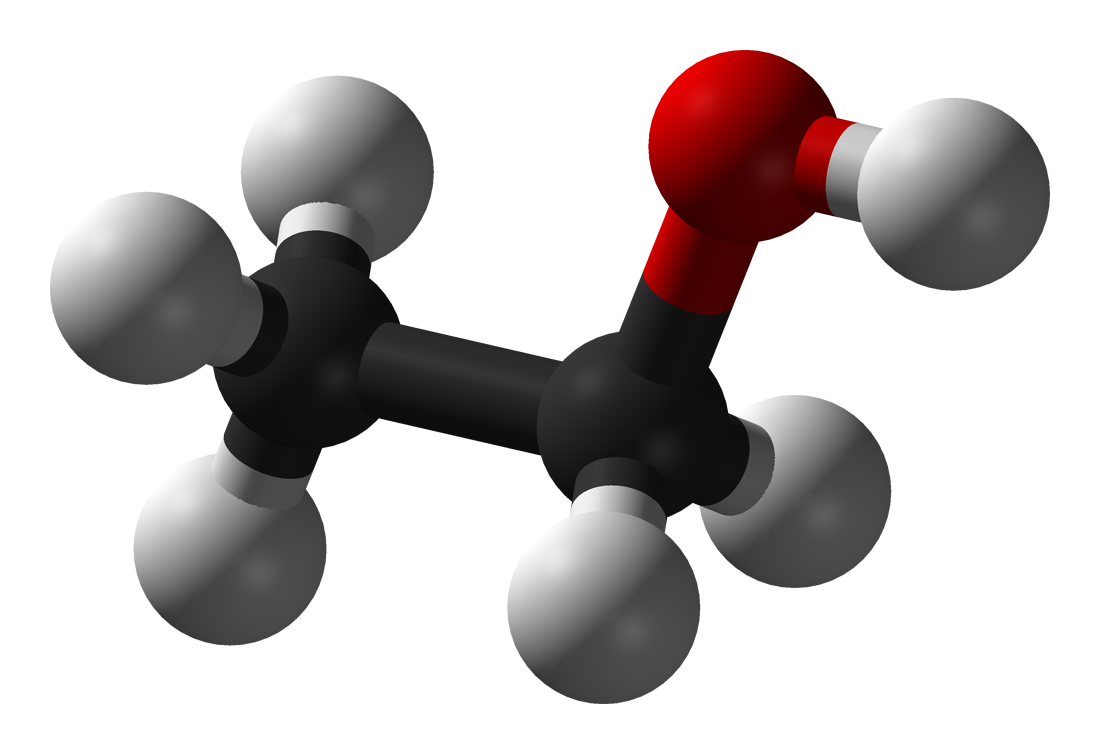 Due largely to the inherent unreliability of breath analysis in DUI cases, the National Safety Council Committee on Alcohol and Other Drugs has recommended that at least two separate breath samples be collected and analyzed individually. As reported in a letter from Dr. Dubowski published in 9 American Journal of Forensic Medical Pathology 272 (1988), the Committee further recommended that the breath samples be collected at intervals of at least two and not more than ten minutes. This process of duplicate analysis has been widely advocated by experts in the past, most notably (and vociferously) by Dr. Richard Jensen. A 1995 Colorado Department of Health study indicates that, as of that time, 26 states provided for duplicate breath analysis in DWI investigations, while 22 required only a single analysis. Of the 26 requiring two tests, 14 accept the lower of the two as the legal result and two states average the two results; most require that the two results be within .02 of one another. The material on duplicate breath testing referred to is the following:

At least two separate breath samples should be collected and analyzed individually in performing any quantitative evidential breathalcohol analysis. The breath samples should be collected at intervals of not less than 2 nor more than 10 minutes, after an initial deprivation period of at least 15 minutes. Reported breathalcohol analysis results shall be truncated to two decimal places; and all results obtained shall be reported. Consecutive breathalcohol analysis results within 0.02 g/2lO L without regard to sign, shall be deemed to be in acceptable agreement. National Safety Council, Committee on Alcohol and Other Drugs, "Recommendation of the Subcommittee on Technology," Appendix M, page 145 (1996 printing)

Whether acceptably accurate or not, breath analysis in DUI investigations is the most convenient and economical method for the police, and the most convenient and least embarrassing or painful for the arrestee. As a result, the Ohio DUI attorney will probably encounter some sort of breath analyzing instrument in 70 to 80 percent of his drunk driving cases.There are a number of different breath analyzing machines in use today. The most commonly encountered of these in DUI cases is the Intoxilyzer Model 5000, of which there are now a number of different versions. The second machine most commonly encountered by today's Ohio DUI lawyer is the BAC DataMaster, followed by the Intoximeter EC/IR and the Draeger Alcotest 7110 and portable 7410.

Each of these machines utilizes its own mechanism for analyzing the alcoholic content of exhaled vapor. With the exception of the Breathalyzer, however, all use a common method: infrared spectroscopic analysis (the Breathalyzer employs the "wet chemical" technique). These machines operate on the principal that alcohol vapor captured in a chamber will absorb light waves of a certain frequency when beamed through it. The more alcohol present in the chamber (i.e., the higher the percentage of alcohol in the breath sample), the more light is absorbed. In theory, then, determining the alcohol concentration of the sample is simply a matter of measuring the amount of light that reaches a receptor at the other end of the chamber; the more light, the lower the alcohol content in the breath. A computer then translates the figure into blood-alcohol concentration, using the blood-breath partition ratio.

In approaching a DUI case involving a breath analysis, the Ohio DUI defense attorney should be aware that there are a large number of potential problems, both theoretical and operational. There exists a broad range of factors that can render any result of blood-alcohol analysis - breath, blood, or urine unreliable. As seen in the following subsections, additional problems unique to breath analysis add to this unreliability.

State v. Yeaples (3rd Dist. Jan. 20, 2009), 180 Ohio App. 3d 720, 2009-Ohio-184 – State did not demonstrate substantial compliance with requirement of refrigeration of instrument-check solution for breath test instrument when the solution was not in use.