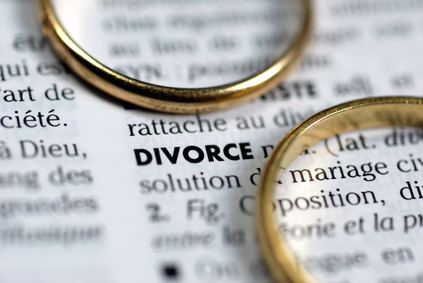 Divorce can be a very complicated legal matter that causes stress and confusion, but with a better understanding of the various types of divorce it can be less of a challenge.  To begin, divorce is the legal dissolution, or end, of a marriage.  Generally divorce leads to disagreements between the two spouses and challenges in splitting possessions and debt.  If there are children as a result of the marriage then custody disagreements may also arise.  When a couple decides to get a divorce there are a few different options that they have to consider.

Fault or No-Fault Grounds:  Fault Grounds usually involve some form of abuse or adultery.  No-Fault grounds result from a marriage that has little serious conflict and  for this reason personal information of the marriage does not need to be heard in court.

Collaborative Divorce:  The divorcing couple agrees to settle outside of the courtroom and allows an attorney to settle their negotiations.

Mediated Divorce:  Both partners meet with a neutral third party, which can be a family member or friend, without an attorney to make agreements about possessions, debt, and custody.

Summary Divorce:  For short marriages (five years or less), with few mutual possessions and without children, there can be an expedited operation with agreement from both sides.

Default Divorce:  When one spouse does not respond to the other’s filing for divorce it results in an immediate dissolution.

Arbitration:  For couples who want their matter to be kept private, an arbitrator, or a personal judge, is hired to settle the divorce behind closed doors.

Uncontested Divorce:  Generally this is financially the best choice because the couple agrees on the terms of the divorce with no formal trial.

Contested Divorce:  This is the most financially and emotionally draining choice.  A contested divorce comes about when the couple can’t agree on custody or mutual possessions.  Generally the settlement results in settlement negotiations, court hearings, and a trial.

Divorce is not a pleasant matter for any couple or for their family, but by understanding the best way for it to handled the stress is significantly reduced.  By allowing an attorney to settle negotiations, contact between divorcees is lessened and as a result conflict is  diminished.  If you are still undecided about how you should handle your divorce, contact an attorney about your choices when choosing divorce.