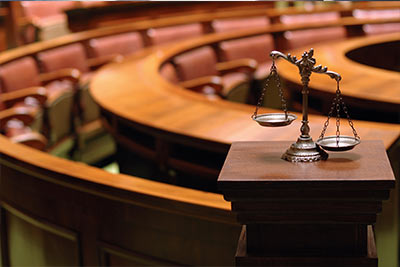 In the matter of State v. Codeluppi, 139 Ohio St. 3d 165, 2014-Ohio-1574, 10 N.E. 3d 691 (2014). The Ohio Supreme Court reversed the decision of the Ninth District Court of Appeals and trial court in favor of the Defendant by holding that a highly detailed pleading of facts and law is not required to satisfy the notice requirements of State v. Schindler 70 Ohio St. 3d 54, 636 N.E. 2d 319 (1994) and to trigger the right to a hearing on a motion to suppress. This not only provided defendants with a right to a suppression hearing but also reaffirmed the due process rights to which all defendants in Ohio are entitled which had been eroded by various decisions of the lower courts in Ohio.

In the matter of North Olmsted v. Himes, 2004-Ohio 4241, 2004 Ohio App. LEXIS 3855 (August 12, 2004), the Eight District Court of Appeals reversed and vacated a Defendant’s conviction based on double jeopardy after the trial court granted a mistrial based on the prosecutor’s actions in eliciting testimony in contravention of a motion in limine.

A substantial settlement was reached involving a personal injury case in which a loved one’s remains had been hopelessly lost. Experts opined that the failure of the funeral home and crematory to track the remains and/or cremated remains and maintain a chain of custody was both unethical and morally outrageous.

In a nursing home negligence case, it was uncovered that the nursing home fabricated an incident report and lied to the family as how the injuries to the resident occurred. The fraud was exposed through EMS run reports in which staff members reported to EMS the true cause of the injuries. It is believed that in an effort to cover up their liability, the nursing home fraudulently prepared incident reports blaming the resident for her own injuries rather than reporting what really happened. The matter was resolved prior to trial for a substantial amount.

A substantial six figure settlement was reached involving a motorcycle accident in which the Plaintiff sustained fractures of his leg and ankle. 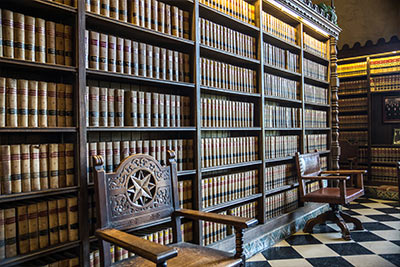 Obtained a temporary restraining order against a computer IT provider that attempted to cut-off an international business from their electronic data and files when a dispute concerning IT services arose. Ultimately, a settlement was reached that provided that the company was the sole owner of the data and files and had exclusive right to possession of the same, The case remains ongoing as to the underlying disputes regarding the services (or lack thereof) that were allegedly rendered.

Obtained a million dollar judgment including the award of punitive damages and attorney fees under the Ohio Consumer sales practices act against an online consignment art gallery which sold the Plaintiff’s fine art collection without remitting any proceeds.

Obtained a judgment for $545,000.00 judgment for fraud and breach of contract including an award of punitive damages an attorney fees involving a mortgagee’s fraud in selling real property without satisfying the mortgagor’s lien. The Plaintiff satisfied its judgment by obtaining a charging order against the Defendant’s membership interest in a limited liability company and intervened in the limited liability company’s fire casualty claim and successfully attached the proceeds of this claim. In addition, Plaintiff obtained a substantial settlement against the title insurance underwriter arising out a subsequent foreclosure filed by the Plaintiff against the new property owner and lender defeating the lender’s claim for equitable subrogation.

In the matter of Rockport Realty Investments v. Nanciann Riedel, 2008-Ohio-820, 2008 Ohio App. LEXIS 711 (February 29, 2008), the Sixth District Court of Appeals reversed a judgment in favor of the appellant based on the tortious interference of contract claim against a real estate brokerage and real estate agent involving real estate commissions due to Appellant.