Many motorists arrested for DUI/OVI do not understand the relationship between their criminal case and the Bureau of Motor Vehicles (BMV). Arrests for driving under the influence trigger two separate cases: the criminal case and the BMV case. Currently, both the BMV and the Court have authority and discretion to suspend a Defendant’s driver's license, generally, they are suspended consecutively, first by the BMV and then by the Court. 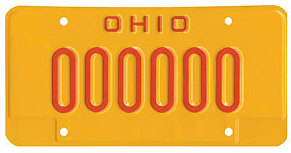 The BMV has the authority to suspend a license before a criminal conviction, as a result of an administrative license suspension (ALS) for (1) having a BAC test above the legal limit or (1) refusing a BAC test once arrested. It becomes more complicated if a Defendant has a prior DUI conviction within twenty years and a subsequent BAC refusal. The suspension period is generally served during the pendency of the Defendant’s criminal case. In other words, even if the jury finds you not guilty, the BMV will have already suspended your license and a Defendant may have already served the suspension period by the time your case is actually tried to a judge or jury.

An administrative license suspension may be appealed at the initial appearance (5 day hearing) or within 30 days of the same. The scope of the appeal is limited to determining whether one or more of the following conditions have not been met:

One prominent Ohio municipal judge has noted that 25% of the BMV Form 2255 “Report of Law Enforcement Officer Administrative License Suspension” are defective in some manner. Yet, many inexperienced DUI attorneys fail to discover or look for these defects. If a Defendant is successful in a ALS appeal, the license suspension is terminated and the Defendant may drive immediately. In some circumstances, a Court may grant the ALS appeal, but order a judicial license suspension during the pendency of the case. If a Defendant has a DUI case reduced to a lesser charge, the Defendant may avoid paying the $475.00 reinstatement fee to the BMV.

Unlike court trials, which involve live witness testimony, the ALS appeal hearing will focus on the various police and chemical test reports. Much of the evidence introduced at an ALS appeal hearing is usually “hearsay,” that is, statements made by people who are not present at the hearing. However, the BMV cannot suspend your license on the basis of this kind of evidence alone. There is what is called the “hearsay rule,” which makes this kind of evidence inadmissible at trial. Although this is the BMV and not a court of law, your attorney can still challenge the evidence based on the hearsay rule, and if the evidence cannot be legally introduced, the BMV cannot suspend the driver’s license. Your attorney can also subpoena or request the presence of a witness, such as the arresting officer, to appear at the hearing and testify. That way the evidence is no longer considered hearsay.

Your driver’s license will not be returned to you at the end of the suspension or revocation, in fact, it will be destroyed. However, at the conclusion of a ALS suspension or judicial license suspension, the BMV will reissue a new license provided a reinstatement fee is paid and provided there are no other suspensions or warrant blocks on your license. For repeat DUI offenders, the license suspension periods run longer, and a Defendant may be required to retake the written and driving test depending on the number of convictions and suspensions on the license.